The first LE:NOTRE Institute student competition aimed to support integrated approaches to the urban and peri-urban landscape. Multidisciplinary student teams elaborated planning and design proposals at various scales for the Colentina Chain of Lakes in Bucharest. 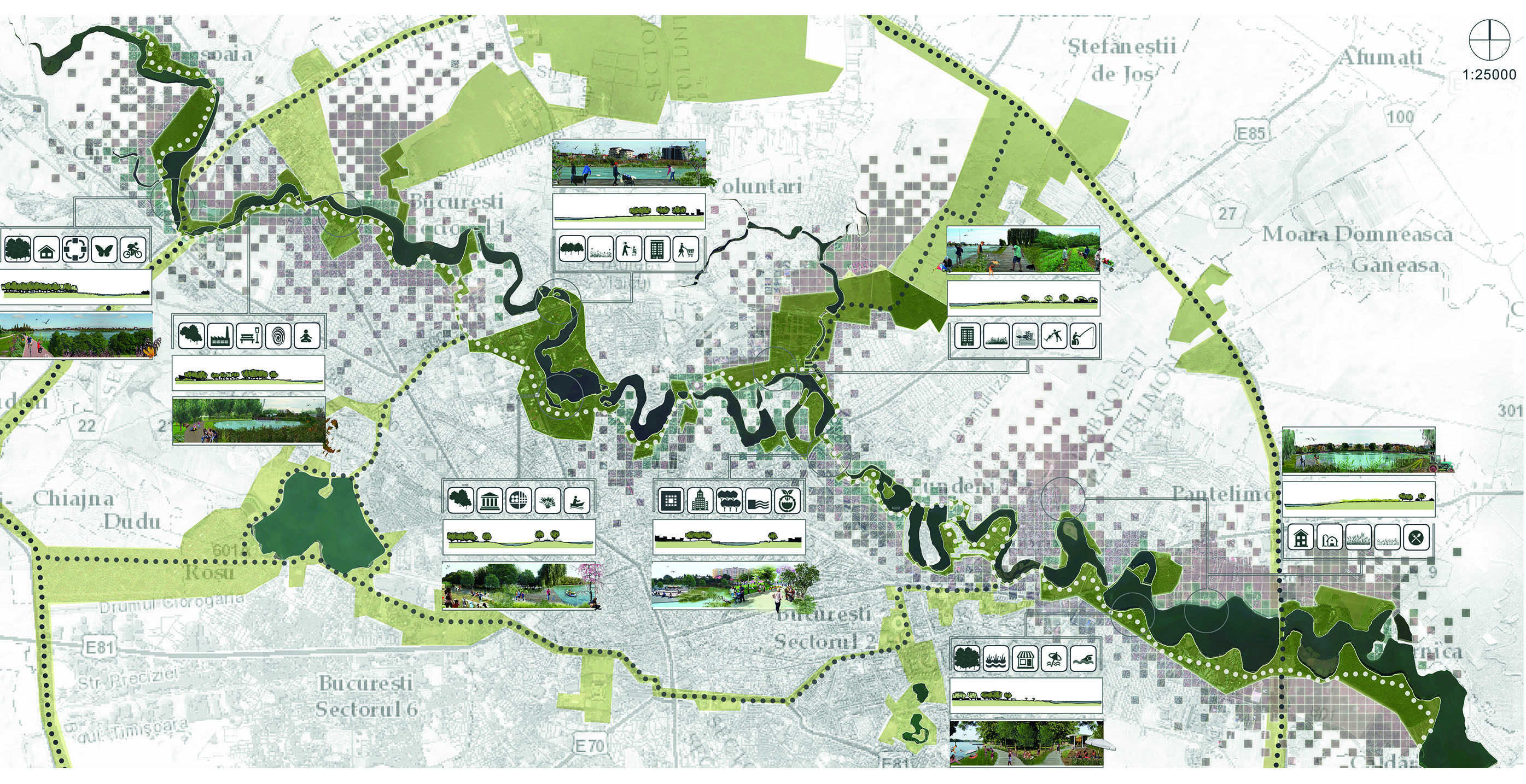 One of the two second prizes: Maidan takes shape by Rini James and Adriana Pápic

Six international teams were honoured at the award ceremony on 21st of April in Bucharest. The first prize went to a team from the Technical University of Delft in the Netherlands. One of the two second rizes and the third prize were given to IMLA student teams.

Rini James and Adriana Pápic won one of the two second prizes with their project titled 'Maidan takes shape'. The third prize was given to Kinga Jánossy , Andreia Oshiro and Anna Szilagyi-Nagy who designed a productive periphery matrix.