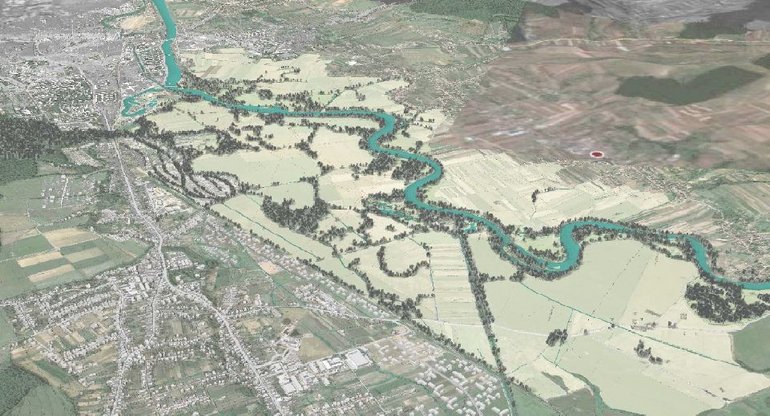 The whole project work took place on site from 4th until 24th of June 2011. The IMLA students were a diverse bunch of young professionals (architecture and landscape architecture) from Bangladesh, China, Germany, India, Niger, Libya, Romania and Saudi Arabia.

This interdisciplinary and international group created unique concepts for the Mureş Riverbanks and the river valley in correlation with the peri-urban areas from Tîrgu Mureş city to Sîngeorgiude Mureş. One result is a comprehensive joint analysis done by all students which illustrates the weaknesses and opportunities of the site. The concepts are mainly dealing with greenway concepts but also illustrate alternative land uses for this river valley. Moreover, the students worked out ideas of funding.

It was a complex task of dealing with ecology, sociology and economy. The authors hope that this unique site north of Tîrgu Mureş will not end up as a new housing area for real estate industries. They are convinced that there is an opportunity for developing a 'new green heart' for Tîrgu Mureş which provides people place of recreation, nature, tourism, income and quality of life.