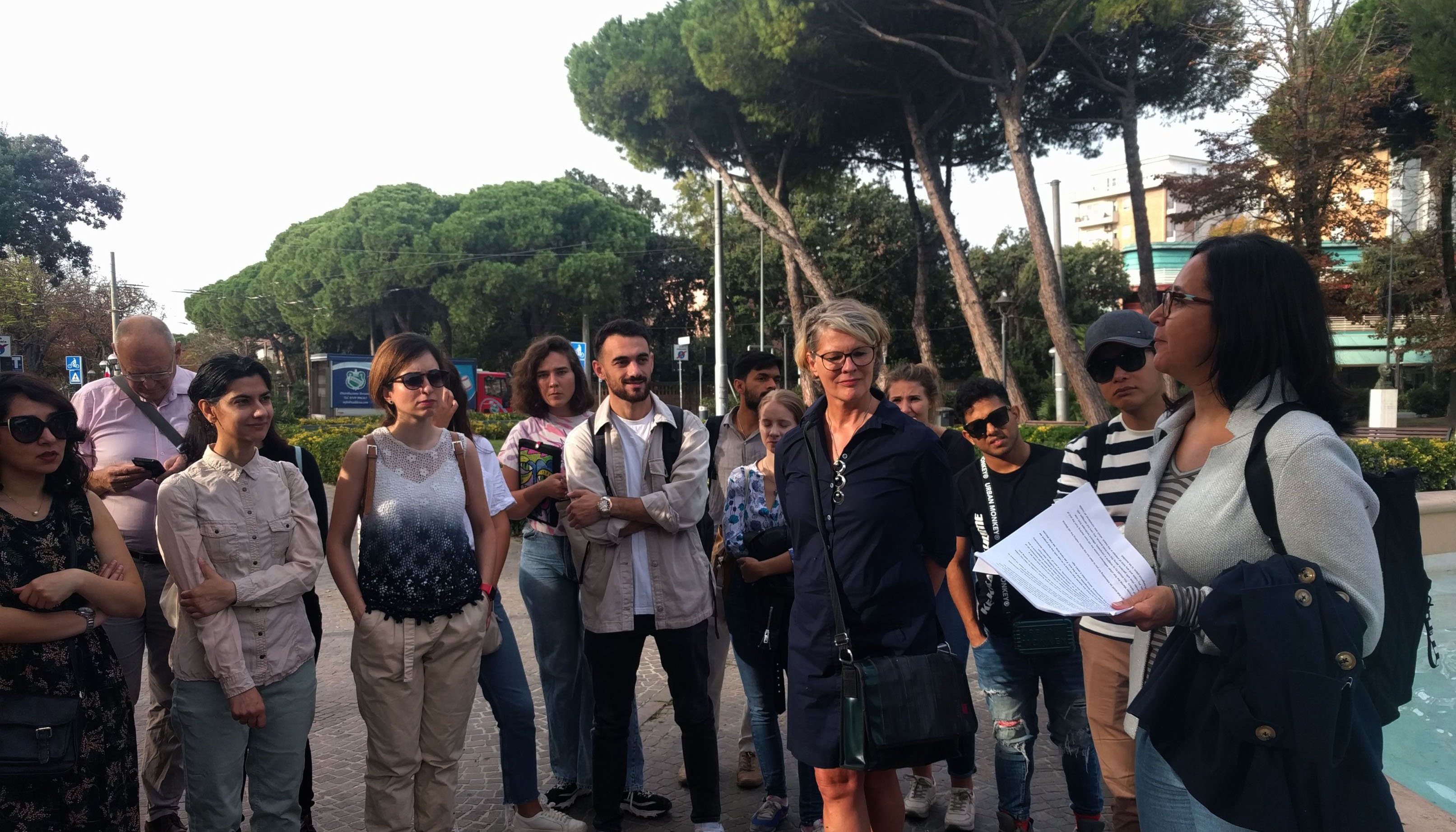 Introduction with Silvia Capelli from the Municipality of Rimini 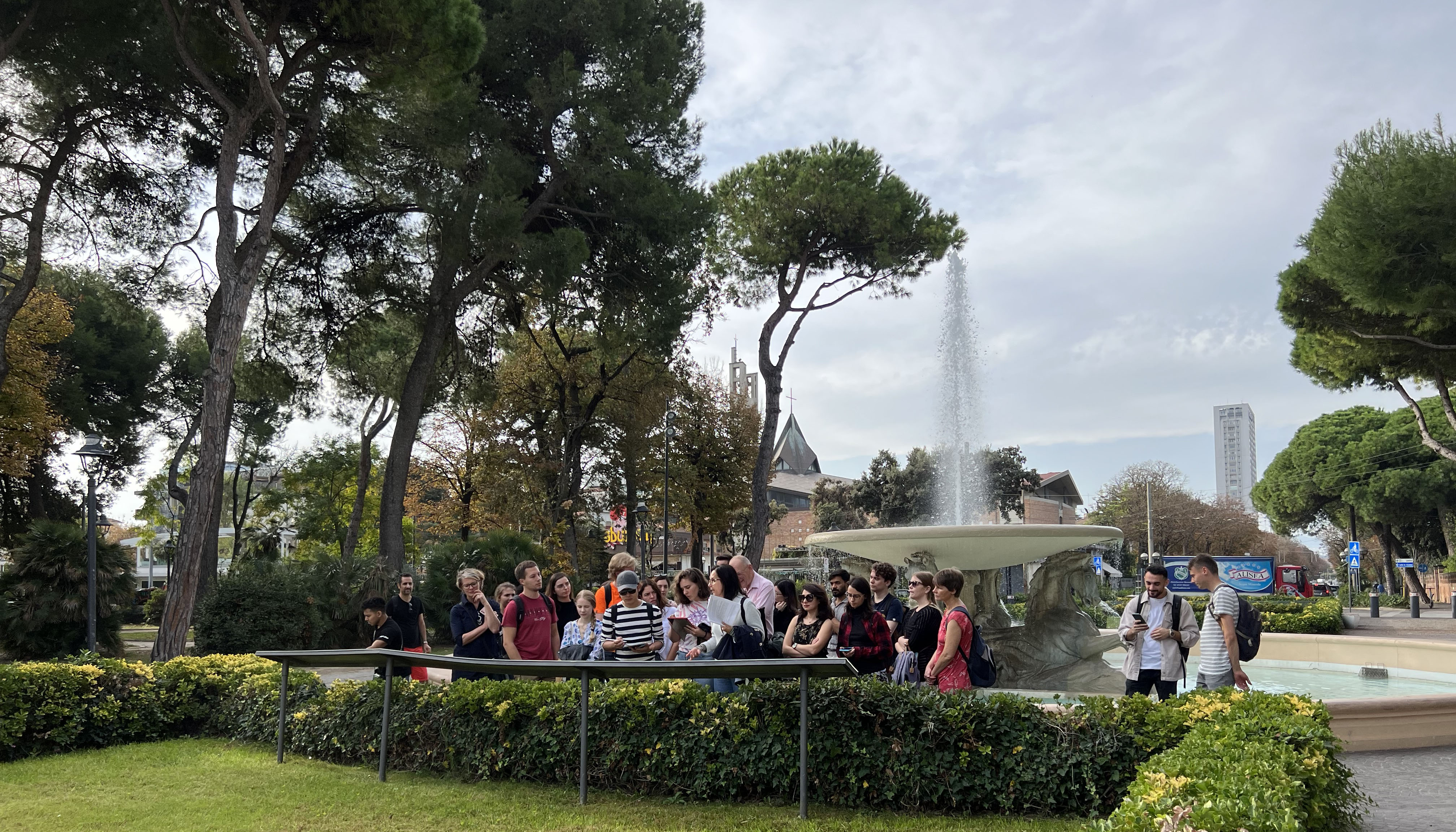 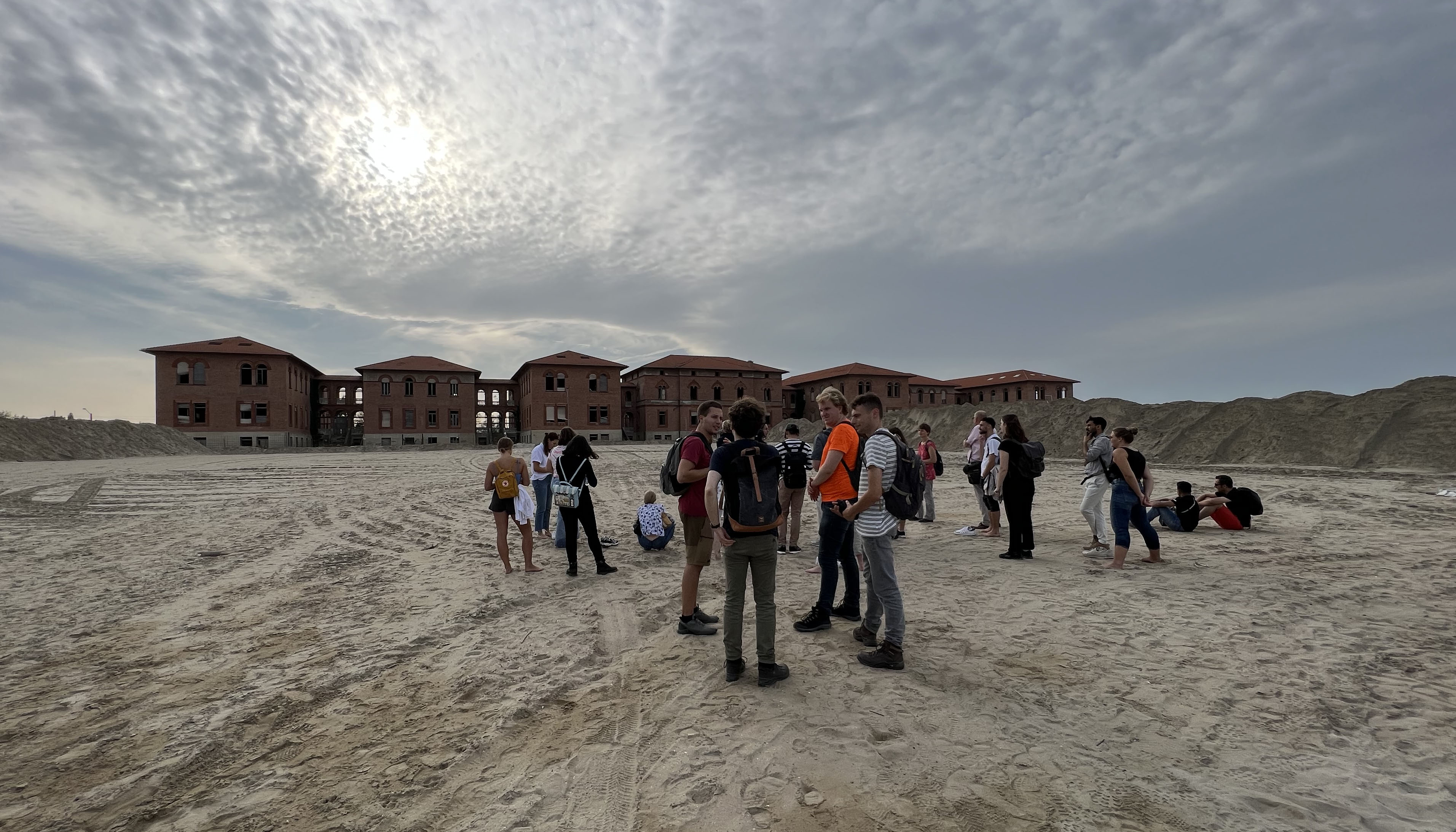 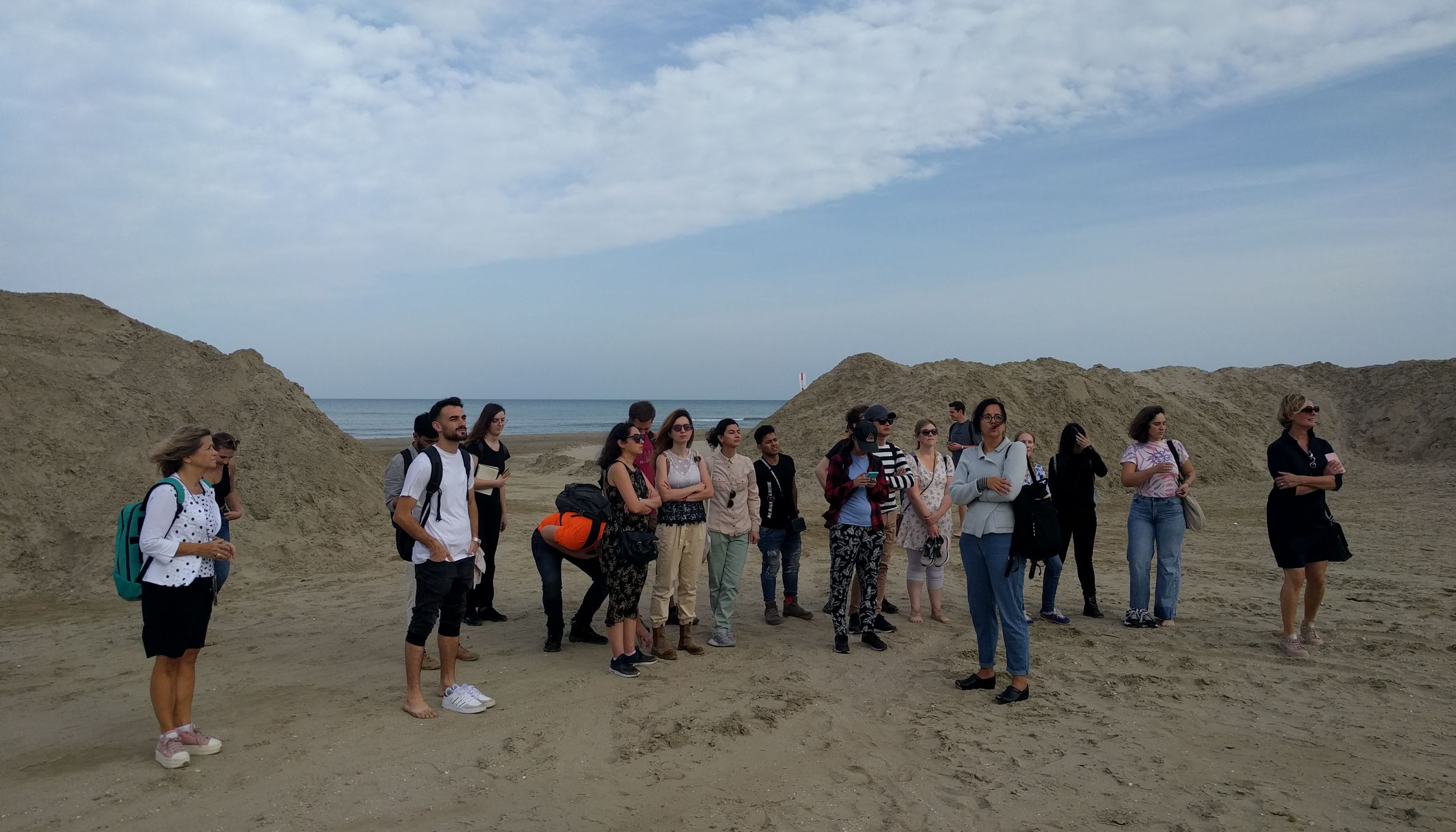 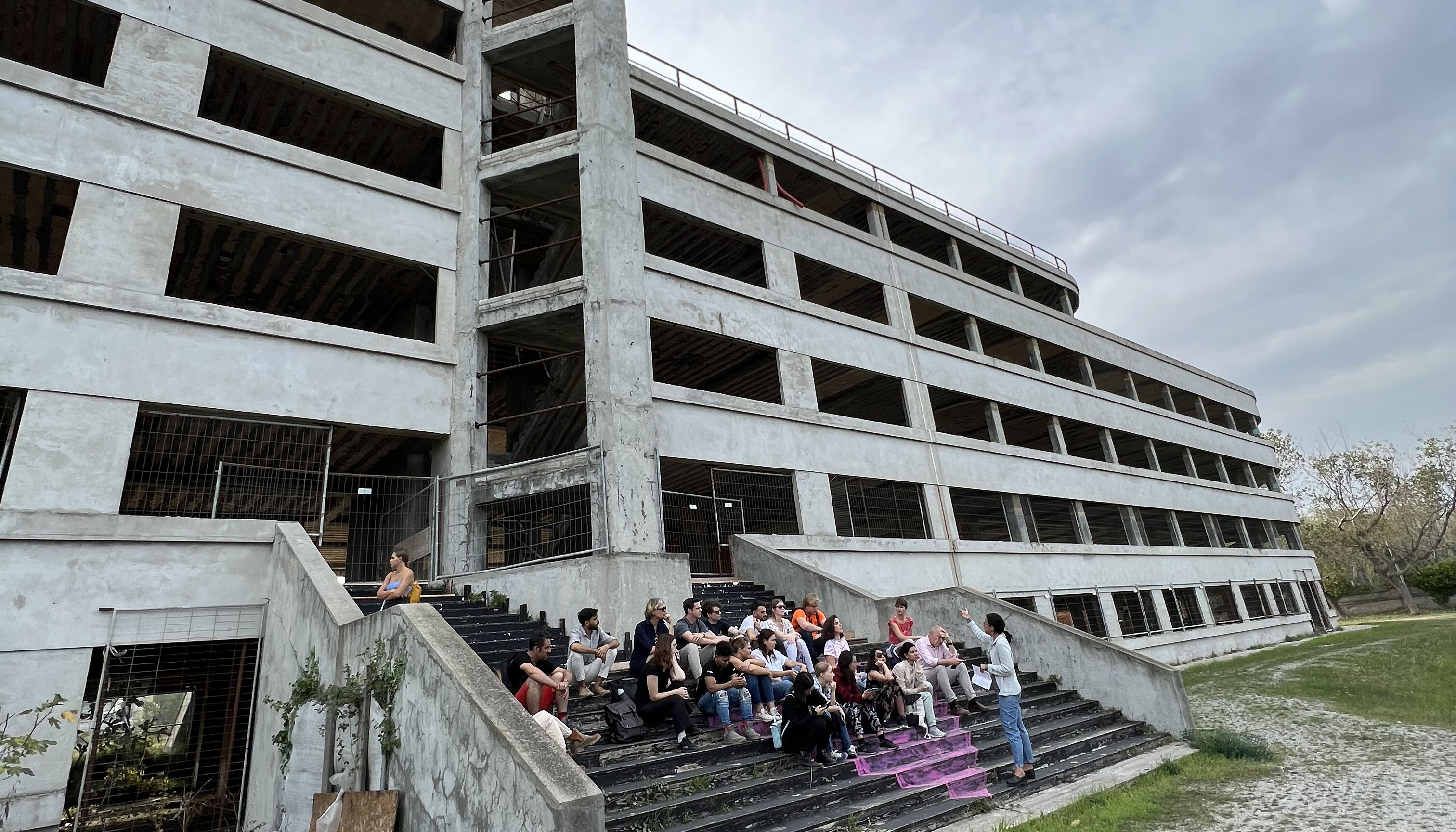 Introduction with Silvia Capelli to the former colony 'Novarese' (Miramare) 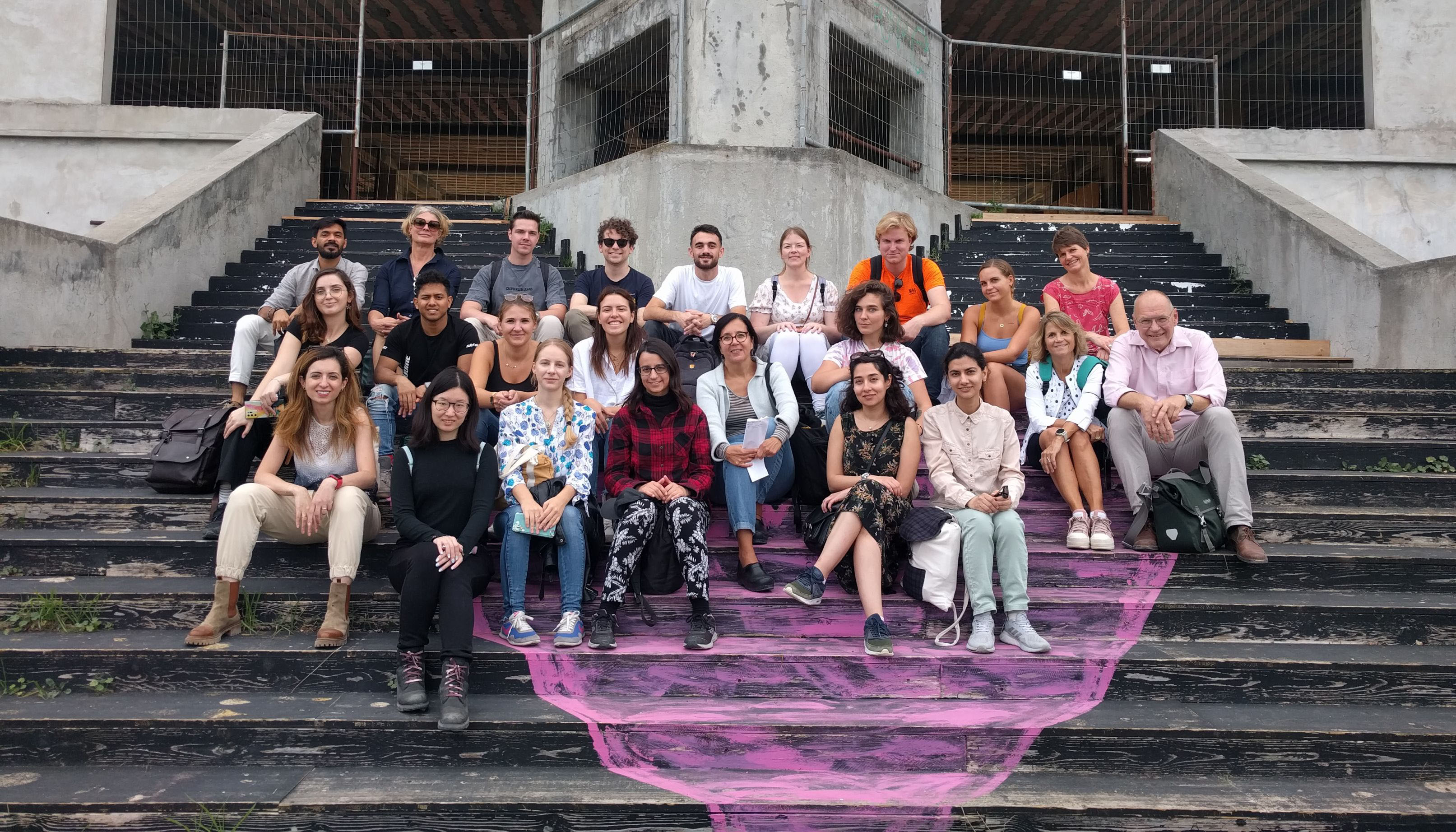 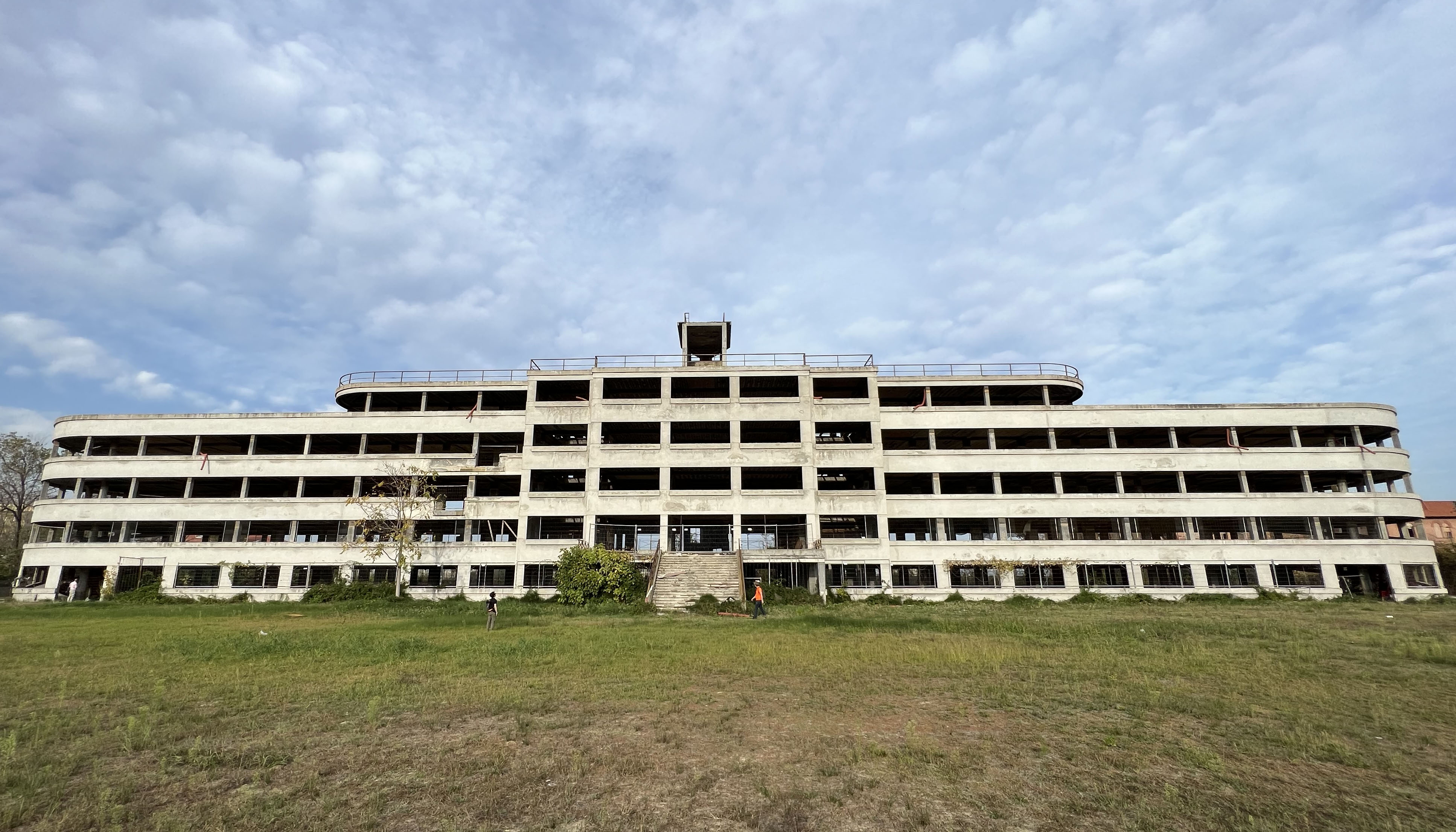 The back side of the former colony 'Novarese' 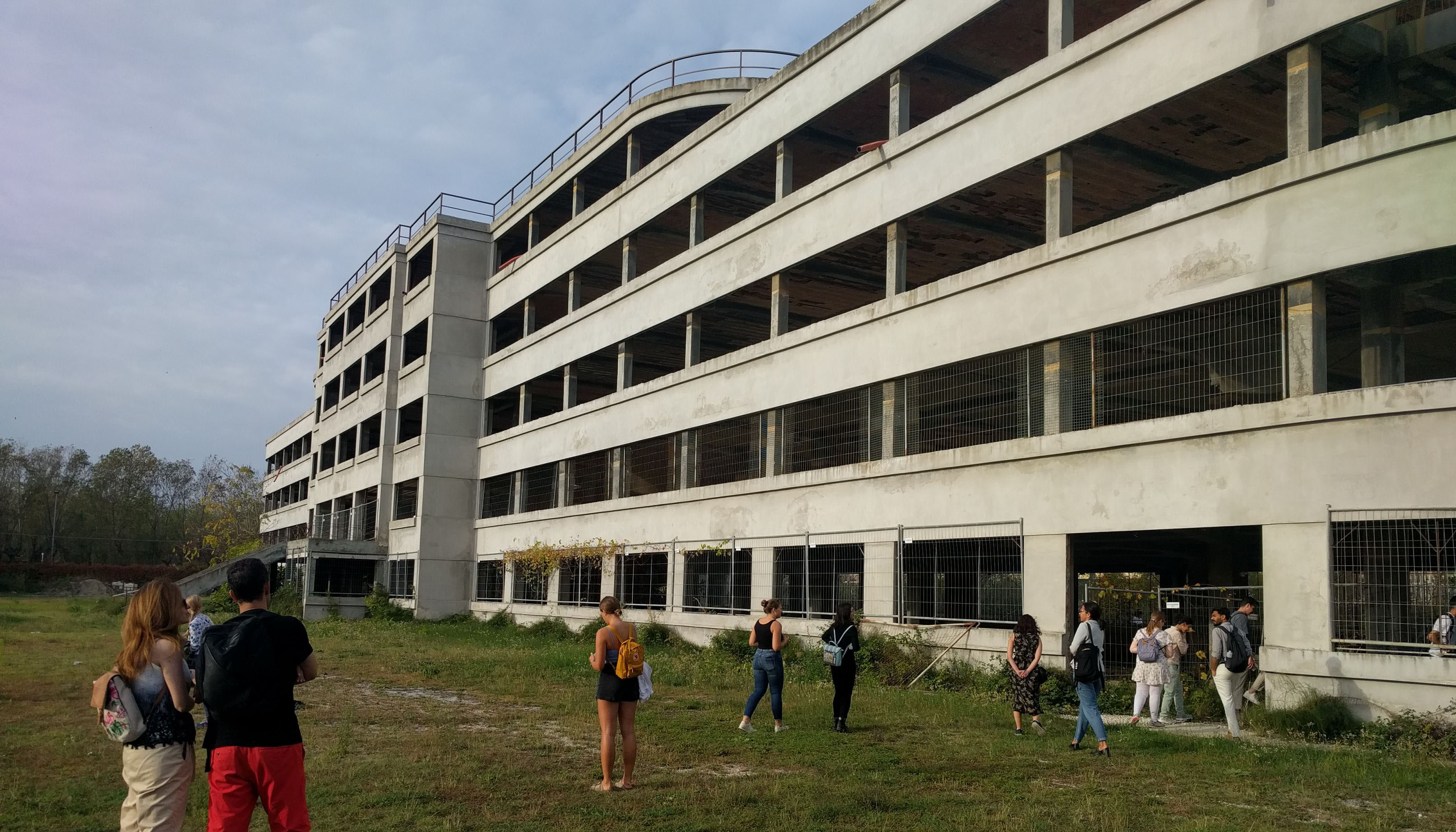 Exploring the area around the former colony 'Novarese' 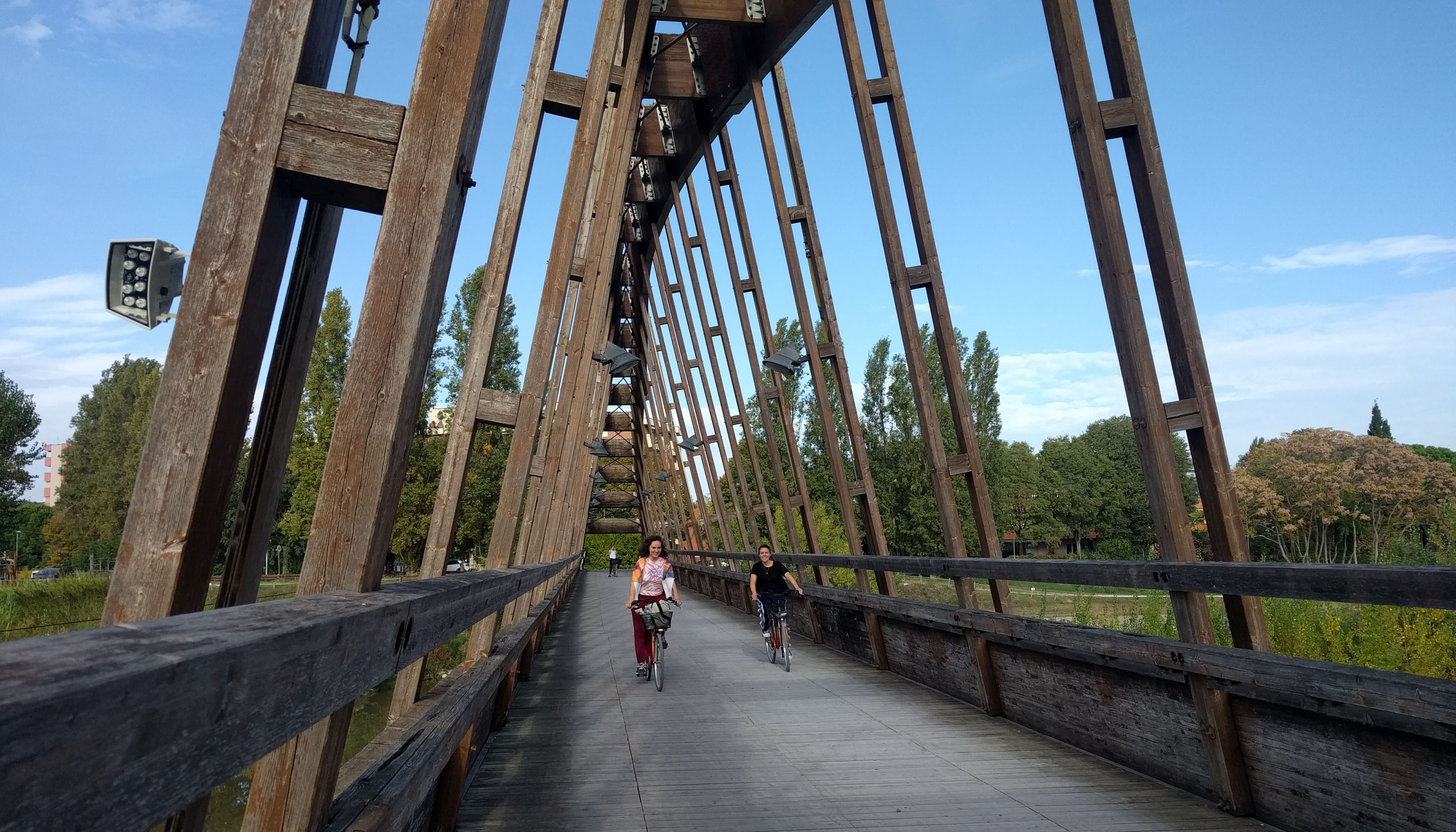 Cycling excursion on the second day, crossing the Marecchia river in the western part of Rimini 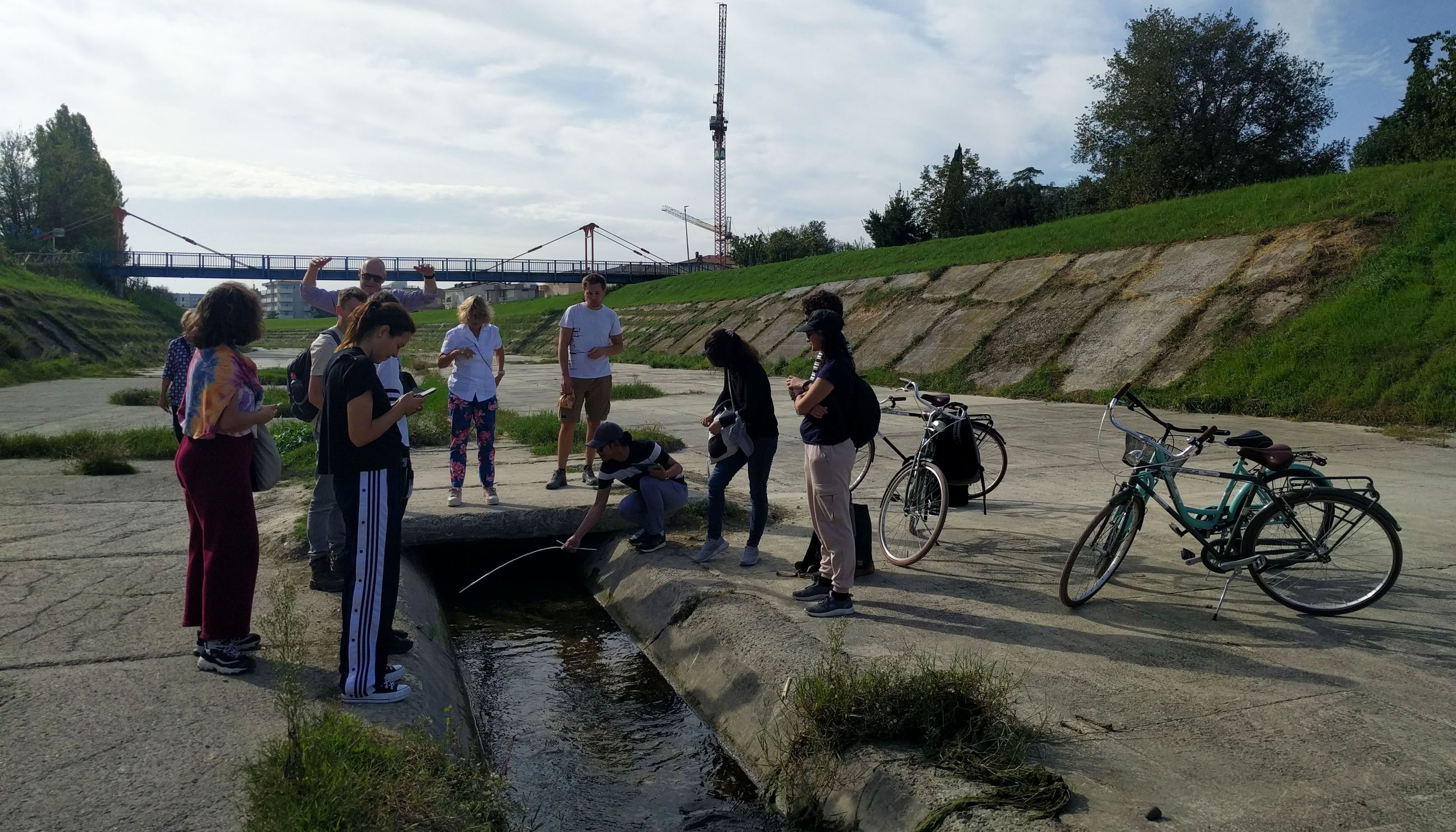 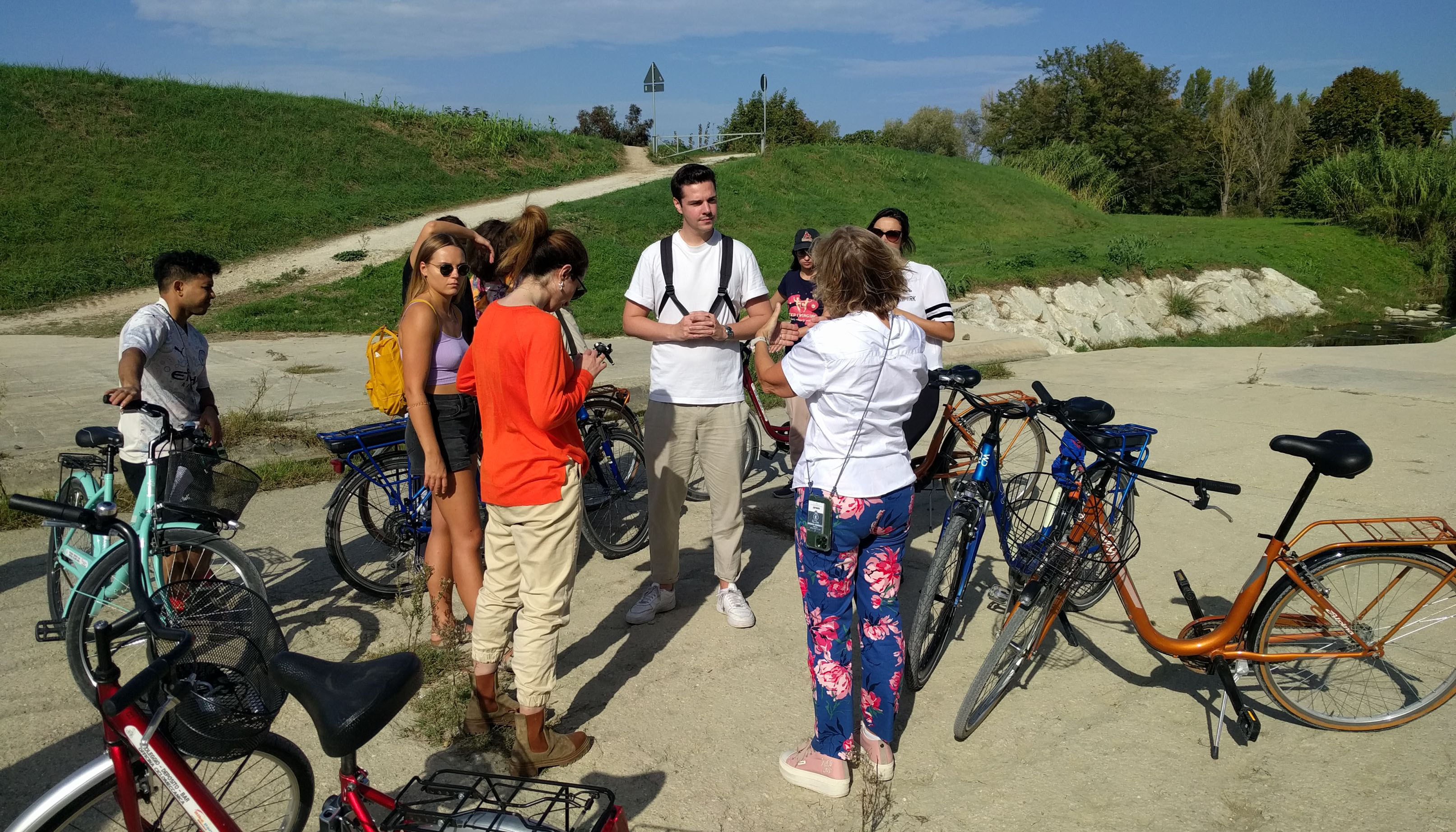 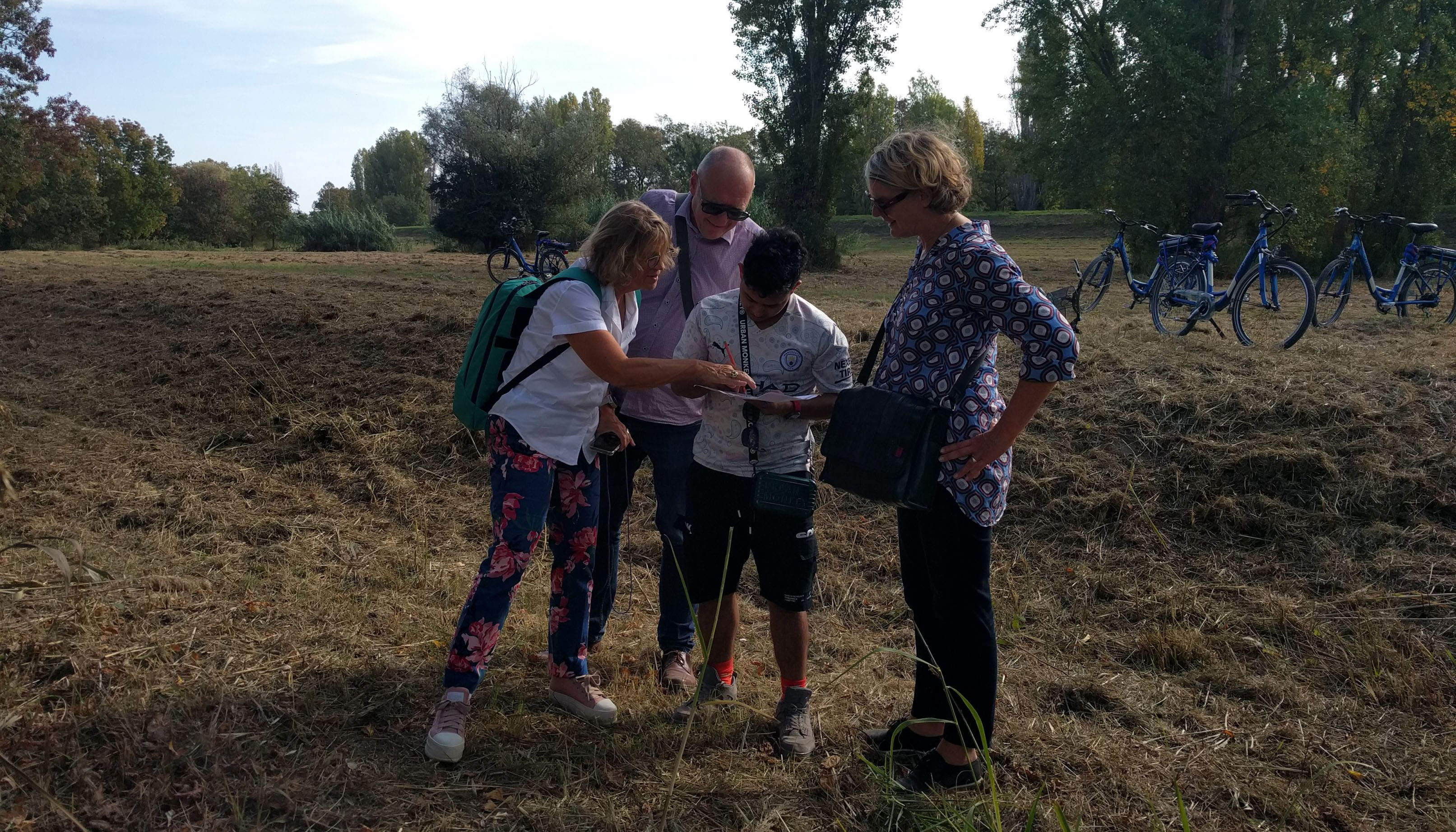 Exploring the project area around the Ausa river 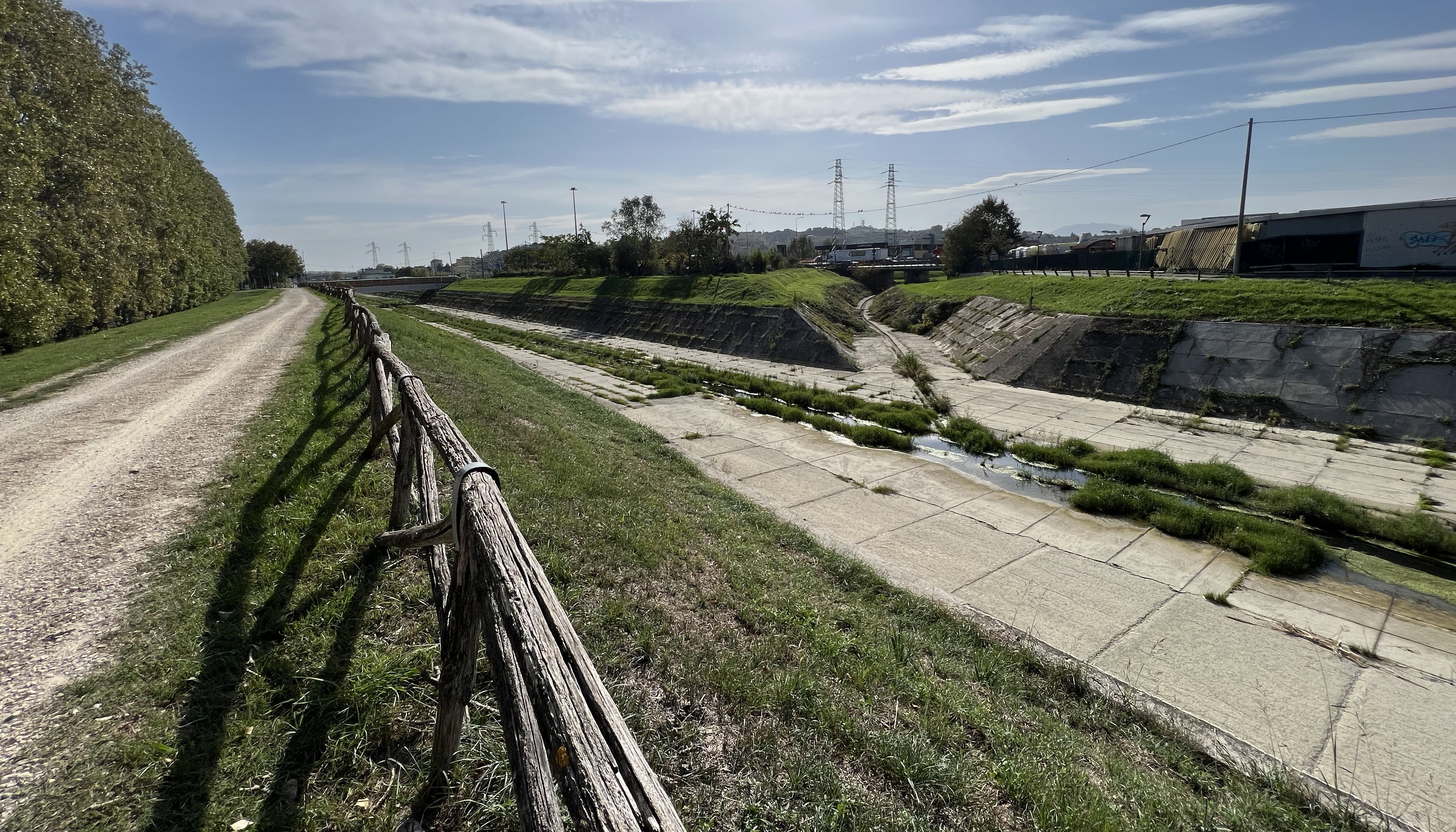 The concreted canal of the Ausa river
Previous Next

This year's IMLA study project 'Rimini 3.0: Bellariva - Miramare - Ausa, Italy' is a follow-up project, which deliberately builds on both the strategic plans of the city of Rimini and, in particular, on the results of the 11th LE:NOTRE Landscape Forum 2022 in Rimini including the student competition with the title 'Riviera di Rimini – Dancing to the Future'. While the competition was situated in a large-scale context, the students are now asked to go more into detail and to select one of these two possible topics:

1. The former seaside (holiday) colonies, dating from the late 19th century and the first decades of the 20th century. They are listed monuments and partly renovated, but partly in a serious decay.

2. The concreted canal of the Ausa river, into which the river was transferred between 1967 and 1972 (originally, the Ausa ran more strongly through the city centre, close past the Roman city centre).

Depending on the chosen topic each project team selects one of the following focus areas:

At the end of October the IMLA team organised an excursion to Rimini with site visits. Students and supervisors explored the project areas on foot, by public transport and by bicycle.

A special thanks goes to our local expert Silvia Capelli from the Municipality of Rimini, who kindly offered us a guided tour with explanations on the contemporary strategic developments in Rimini, with a special focus on the former seaside colonies.

Based on the preliminary work of the Landscape Forum including the student competition, the interdisciplinary student teams are now asked to