The Power of Open Space

60 students and 10 staff members from four universities in Bosnia and Germany met in Sarajevo from October 13 – 22, 2017, for an intensive work period. Their goal was to envision alternative and feasible futures for Sarajevo’s University Campus. 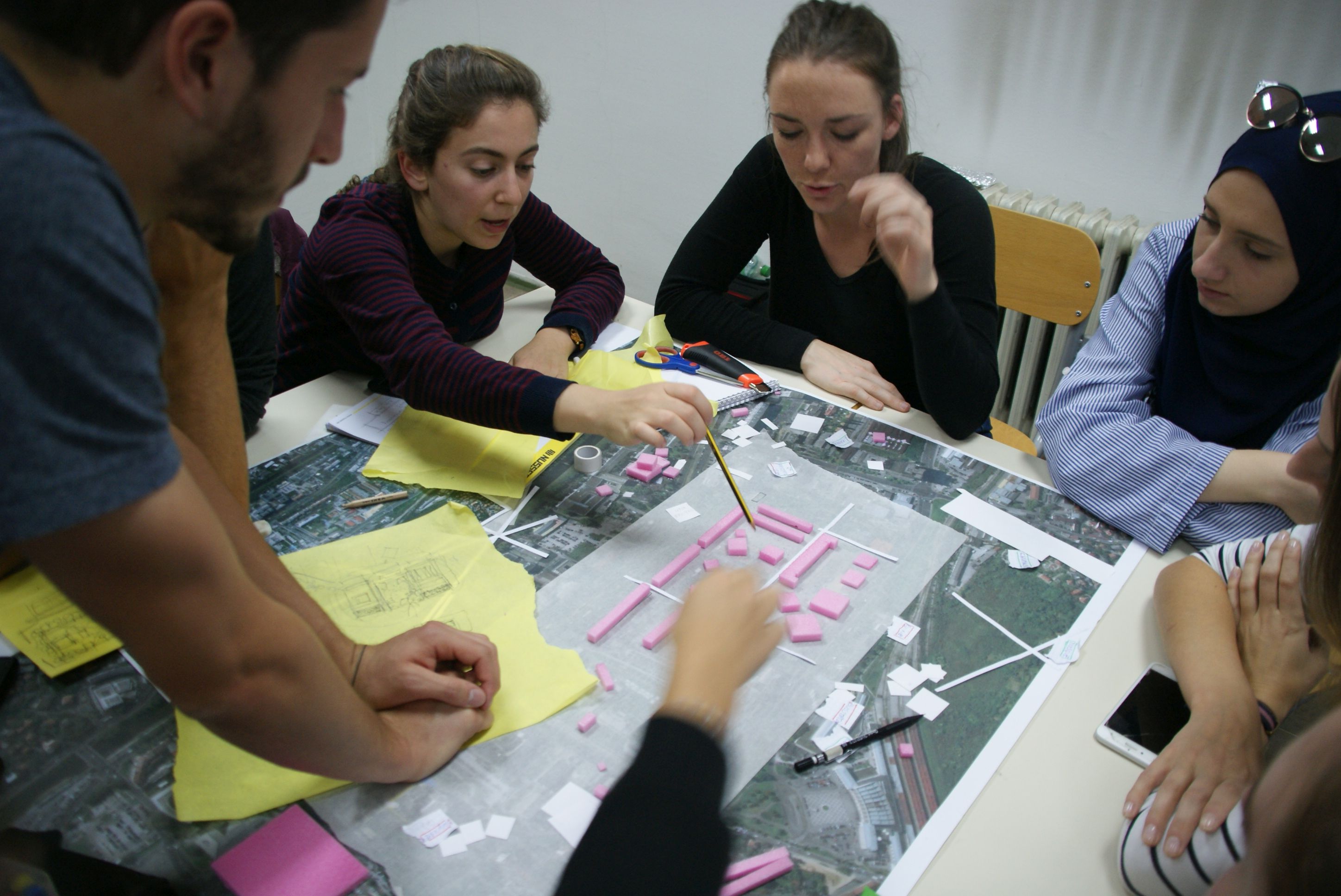 Landscape architects and architects reflect on the spatial configuration of Sarajevo’s campus. How can the open space become a guiding structure for transformation, resilience and sustainability? 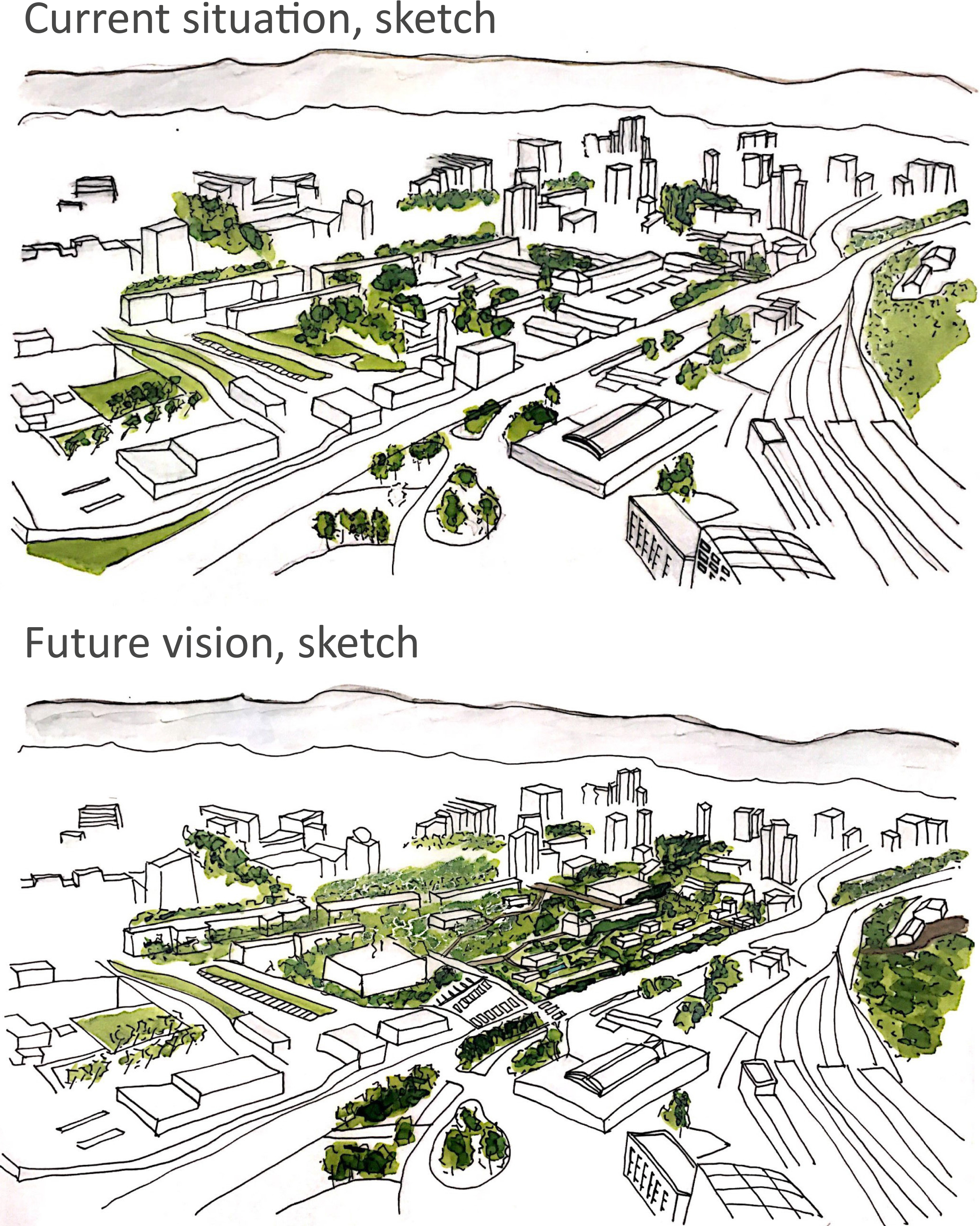 This vast and yet very central territory was used for military purposes since the end of the 19th century. In 2006, it was returned to the city and designated as future campus area. However, since the implementation of the campus has not proceeded as initially planned, there is currently room for rethinking its spatial configuration. This was the core topic for eight interdisciplinary teams of architects and landscape architects.

What is the role of a university campus in the 21st century? And what is the role of Sarajevo’s landscape in this context? These are only two of many relevant questions that gave food for thought to the student teams. The challenge was to envision the future of Sarajevo’s university campus from two perspectives: First, what would be a desirable final shape for this campus? And second, what would be a feasible and effective first step for reactivating this largely underused and abandoned territory? Thinking in sequences, actors and processes was challenging for the participants. But the most demanding shift of perspectives happened with regard to the role of open space: Can we think about the shape and qualities of the open spaces first before we specify the built environment?

This reprioritization seems particularly relevant in a place like Sarajevo where large public parks are rare and the few existing green patches left by the modernist paradigm are fragmented, underused – or simply blocked by cars. All of this has a very negative impact on human well-being in cities, which has only recently been stressed again at the UN’s Habitat III conference. These threats to public health are further accelerated by the growing air pollution in the Sarajevo valley. Landscape architecture exists on the one hand to make the urban form more resilient to environmental threats. On the other, its purpose is to provide high quality open space for the benefit of local communities, especially for those who are most in need.

In that sense, the students developed ideas with the following elements: (1) better connectivity of the campus landscape with the major urban elements in its direct vicinity, (2) provision of high quality open spaces on the campus that would also serve the surrounding communities (3) enhancement of so-called ecosystem services by smart storm water management on site, provision of spaces for biodiversity and improvement of the urban climate by increasing unsealed surfaces and tree cover, (4) activation of additional open space potential both in the vicinity (such as the empty grasslands on the slope behind the main station) and on the campus area itself (for example by rooftop-gardens). The groups’ outcomes were different variants of the above mentioned themes, resulting in a greater or lesser extent of open space on the campus. The idea is to provide a basis of discussion for local stakeholders.

The results have been presented to an interested round of stakeholders on Saturday, October 21, at the Faculty for Agriculture and Food Sciences on the Campus Site and again on Sunday, October 22, at the Architecture Faculty within the framework of the international conference ‘The Importance of Place’. The students will continue working on their ideas until the end of the winter semester and present their final results on January 26, 2018, in Nürtingen, Germany. The ideas will be documented in a publication and disseminated to local stakeholders shortly after the final presentation.

This workshop builds on a cooperation of two Bosnian universities, the Faculty of Forestry of the University of Sarajevo and the Architecture School of the International Burch University, with two German universities that jointly offer an international master degree in landscape architecture, Nürtingen-Geislingen University and Weihenstephan-Triesdorf University. Further guest lectures were provided by UnSa’s Faculty of Architecture, the university’s management group for the campus, the Bosnian Association of Landscape Architects (AlaBiH) and the Urban Think Tank of ETH Zurich, which supports the ‘Reactivate Sarajevo’ process since 2014. The workshop was supported by ERASMUS+ Mobility Grants and a grant from the Student Union of Nürtingen-Geislingen University.